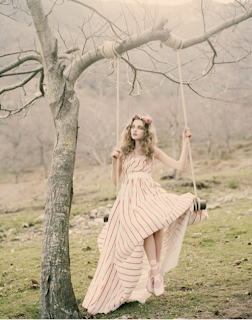 I have been working on a dissertation for the past few days now it’s starting to feel like I am writing it in my own cold blood drawn from my wounded corpse with a rusty quill. Like most borderline personalities I oscillate from thinking I am completely useless to believing I am no less than genius. I totally underestimated how long it would take to write up an 8000 word academic report. Imagine my surprise and disappointment when I realised that I am actually not capable of producing a year’s work in 3 days.


One of the issues I am discussing at the moment is the changing educational profile of the average student. It used to be that you had to be literate and reasonably bright in a bookish sort of a way to go to university. In the late 80’s the government decided that pretty much any public building with young people over 17 in it was now to be called a university. They then decided that everyone had the right to attend university and soon after that revelation they decided that higher education was no longer going to be free. Cunning!

Simultaneously British manufacturing companies decided that they would stop producing their products at home and in order to maximise their profit margins, outsource production to unpleasant places in the East as it was cheaper. Banks, communications businesses & service providers did the same thing and rather than provide employment in Britain they set up call centres and processing centres in far flung corners of the globe where life is cheap and employees even cheaper.

So basically Britain has very few employment opportunities for unskilled young people who haven’t done particularly well at school. The government makes it very hard for these people to get benefits or training but has no problem offering them a loan so they can pay the fees at their local university. Universities are happy to take on these fee paying students, in fact they expand so they can offer places to more of them. They drop entry requirements in the name of ‘equality and diversity’ in order that they can justify offering a degree programme to a teenager who couldn’t write a note for the milkman.

Many of these students claim to be dyslexic but the reality is most of them have been completely failed by the school system and some of them are just not that bright. I can’t imagine why a dyslexic person or someone who just can’t read and write would want to take a course that requires them to do the thing that is most difficult for them. Of course there are exceptions to every rule but I have always been inclined to take the path of least resistance. Hence I am not performing with the Ballet Rambert at the weekend or modelling lingerie in Paris come September! In the world of political correctness it has become sacrilege to suggest to someone that maybe they are unlikely to do well at something they can barely do at all.

So I am writing about ‘issues of diversity and equality in higher education’ or more accurately ‘how the fuck do we get all these illiterate people through a 3 year degree program so we don’t loose their fees?’
Posted by Iris at 23:06

Do it. Succinct. Perfect. Says it all.

the Ramirez boys sound like they would have fitted right in