Why don't you come to your senses? 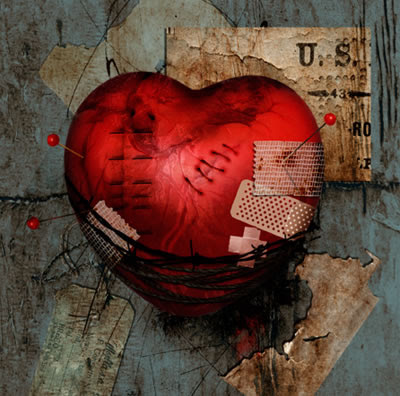 Yesterday I saw a man wearing a simple black t-shirt and written on it in white type was the phrase WONDERFUL WORLD BEAUTIFUL PEOPLE. It really stopped me in my xenophobic tracks because actually deep down I believe this statement to be true. In the past I tried ineffectively to take my own life on a number of occasions, I wanted to want to live but I simply did not know how – death seemed appealing as life became harder to endure. My thinking at those times told me that my life was hell and that I would never find a way to make it better. Lately, reading on issues of Spirit versus Ego I found this passage in A Course In Miracles ‘The ego teaches that Heaven is here and now because the future is hell. Even when it attacks so savagely that it tries to take the life of someone who thinks that it is the only voice, it speaks of hell even to him. For it tells him that hell is here as well and bids him to leap from hell into oblivion. The only time the ego allows one to look upon with equanimity is the past. And even there, its only value is that it is no more.’
Posted by Iris at 12:43