A goddess of small things 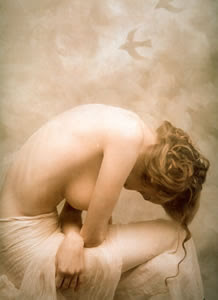 So far this month I have provided assistance for three baby birds. The first one was a tiny Bluetit, I kept long enough to call Edward, I found him in Covent Garden on Monmouth Street alone outside a hotel, I took him home, created a small apartment for him out of a shoe box and fed him soaked meal worms that I purchased from the hardware shop on St Martins Lane. Eventually I took him to the Blue Cross animal hospital who transfered him to a bird sanctuary a few days later. Later that week I found another older Bluetit baby under a tree with his mother frantically flapping away in the branches. I picked him up since he appeared not to be able to fly back into his nest unaided. A tall man was passing by and he pulled down a branch which I lifted the bird back on to. Gentley (as to avoid any black comedy error) he let the branch back up into the tree and we left the bird mummy to take it from there. This morning I found a baby Blackbird sitting on my step, I have seen him before as he lives in a hedgerow in the recess between my building and the offices behind. I would evaluate his flying skills as poor - intermediate so I left him alone as he bobbed down the steps. I kept looking out of the window, he was sitting alone in a corner, his mummy came to see him but was unable to coax him back into the nest. After an hour I picked him up and popped him back into the hedgerow that his mother disappears into, I gave him a fruit'n'suet ball to be getting on with he seemed happy enough when I left. It's a tricky thing finding baby animals since if you look on websites they always tell you to leave them alone and the last thing I would want to do is harm them but I find it impossible not to help if I think the alternative is that they get trodden on or die alone and frightened.
Posted by Iris at 15:26

Labels: all creatures great and small