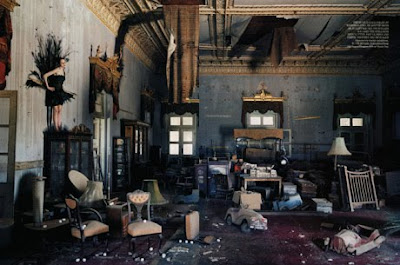 I used to live in a big house in a leafy suburb of Manchester, the address was Number 4 Chatsworth Road, Ellesmere Park. The house had seven bedrooms and I lived there with my adoptive parents, a rabbit and an Alsatian dog. My mother rented the upstairs rooms to medical and musical students, we had a piano in the dining room and some of the junior Dr’s had skeletons in their cupboards, however not quite as many as my father .

One day after a holiday we all drove home in his Vauxhall Viva (bench front seat) and he told us that he had sold the house, that he had been having an affair, and was leaving my mother and taking everything except me. I don’t remember what he said to her I just remember thinking that we were going to get out of the car and we didn't. I never again saw my room, nor my animals, my toys, my garden, school or friends.

Sometimes I think I  made this story up, that there never was any big house, parents and pets.  I checked on googlemaps and the house is there, it existed then and it still does.
Posted by Iris at 00:00