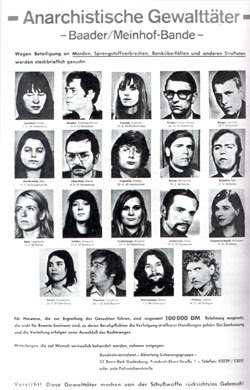 Baader –Mienhof Complex :This movie was so good I can’t remember if it was subtitled or not. Very interesting story about the group of activists in 1970’s Germany who spearheaded a revolutionary movement against all manner of political injustice. As with many revolutions it did go tits up pretty early on . Incredible food for thought though – I think we should all protest a little bit more. Click here to see the trailer. I have always been interested in women who get caught up in this kind of thing, Patti Hurst, the Manson women and so on – there is a moment in the movie where Ulrike Mienhof crosses the line and joins the RAF (not that RAF) and although part of me just wanted her to walk away I could really see why she chose to take her chances.