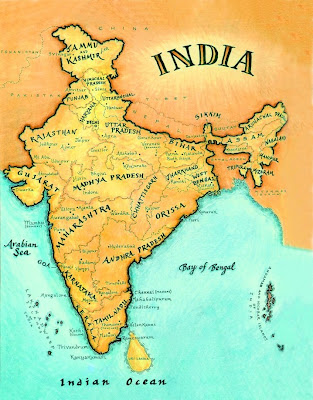 Not so much a review as a warning : Up two flights of filthy stairs above a Bukowski style flop house laughing called The Strand Continental Hotel. The India Club restaurant marries third rate food with fifth rate service. Ancient Formica tables, filthy stained purple velvet seating, yellow bug splattered walls and a few pictures of Ghandi under a fluorescent strip make for a startling ambience. The less than jovial staff insisted we have a set menu. The food when it finally arrived consisted of one poppadom for each guest, various chutneys, lime in battery acid, damp desiccated coconut, and mango sludge, followed by battered whole chilli’s - our host described seeing stars and flashing lights as he munched through a plate of these – after all it was his idea, and onion slices. The fire alarm went off a couple of times before the main course showed up. An unispired selection of curries and mountain of dull as dishwater white rice. Finally they dimmed the lights and brought the birthday boy a flaming Kulfi in place of birthday cake, the guests perked right up at the thought of sugar and cream ‘can we all have one of those?’ some would be Oliver ventured ‘No’ came the reply .
Posted by Iris at 00:02