I always cry at weddings 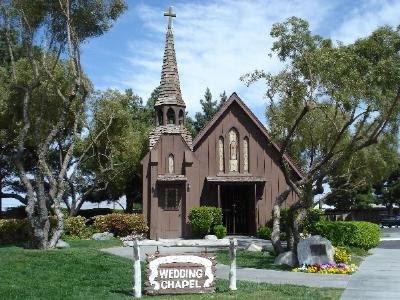 I am going to a wedding tomorrow, its a strange thing really, marriage like all other institutions is to me a place people end up in when life has spun out of control like a 28 day detox or a short spell in jail. It seems to be about giving up, settling for less, throwing in your chips. I got married once in Las Vegas – I booked the ceremony online one night drunk (I don’t drink anymore funnily enough) it cost about $132 to get married at the Little Church of the West. I choose the church because Angelina Jolie had recently divorced Billy Bob Thornton sighting ‘a change in priorities’ and they had been married there the year before. Noel Gallagher got married there as well and he had just gotten a divorce – I think when he sobered up and realised she was a bloke. So I chose a chapel with a high incident of divorce near the Mandalay Bay Hotel because I wanted to see the shark reef right after. My husband to be was someone I had been trying to leave for the previous three and half years, we stayed with my son who was the best man by miles in the Hilton hotel because he was a ‘Hilton Honours Member’ and it was free. When we queued up for the licence I started to cry – I was watching the idiot in front of me shadow boxing, while his pregnant bride to be and her truck stop hooker mother stared into middle distance beside him. ‘These are my people now’ I thought as the tears rolled down my face. A couple of nights later again sobbing – gulping down Vodka and Redbull I got dressed and we took a cab to the chapel at 8pm. The women who ran the chapel tried to give me a loan of a bunch of carnations which I declined, never too upset to have bad taste. No guests, no wedding dress it was pure Bruce Springsteen. The priest ( or whatever he was) had drunk as much as me but he could speak and I couldn’t – I remember seeing his lips move but I had no idea he was talking to me or that I was suppose to be saying ‘ I do’ instead of ‘whaaaat?’ It was a holy mess but the best thing was the tan lines lasted longer than the marriage. Six months later I was free of it all I got away and stayed away. In feeling so trapped I learnt that freedom is my most precious gift.
Posted by Iris at 00:30